Out with the Old

I had a tree cutter come this week and remove 2 trees. The maple had been sick for a couple of years and the cedar was just plain ugly and stickery. We also have so many trees that the shade was keeping grass from growing and much of our yard was moss. I didn't realize, though how much more light was going to come through without those trees. I really think I am going to like it much better, once I get used to it. We still have a huge sycamore, 2 sweet gums, another maple and a huge ash, and that is just in the front yard. Lane is planning on making some jewelry boxes out of the cedar. 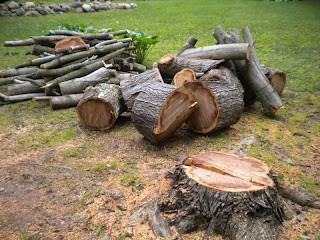 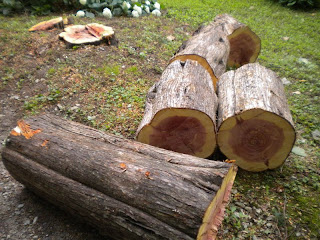 The really fun part of this event is that the cutter asked me if I wanted to sell my old car. Now I have been wanting to get rid of this car for over a year, but the husband just can't seem to let go of things. I told the cutter that the car had almost 300,000 miles on it, the battery was dead, the AC didn't work and it was starting to smoke a bit and he still wanted it. I sold it to him. It paid for getting one of the tress cut down. It took a little bit of getting used to the idea for Lane, but finally he agreed it was good to get it out of here. What a relief! Here's a picture of the gem. 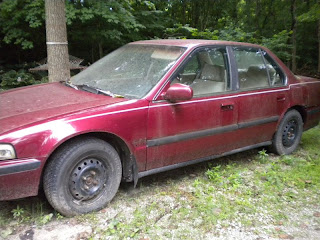 Posted by fiberobsession at 8:41 AM